The Brecksville-Broadview Heights Central School District (BBHCSD) levy proposal will be on the May 3rd, 2011 ballot.

I highly encourage everyone to PASS this levy.

Why should it be passed?  The short answer is that additional cuts will be made to educational offerings if it does not pass.

In general, I am not a fan of increased taxes in these economically strapped times we all live in (I am self-employed so I pay not only my share of Medicare and Social Security taxes, I also pay my employer’s share as I am the employer as well, as an Independent Contractor), so I totally get the whole “expenses” thing.  I have to understand and track expenses in detail in order to stay in business as a small business owner.

That said, I also know that my two kids in this school system as well as every other kid in our district deserves the best possible education our community can deliver.

Instead of debating things from the left or right, which usually seem to take place when it comes to taxes, I’m going to use my own child as an example to hopefully drive home my point, as at the end of the day, it is the children in our community that we are talking about, and they have no voice when it comes to voting, so in my book, they are the silent majority here.

Our daughter is a freshman at the high school, and between last year and this year, she has:

I could go on with other examples, but this is a post and is long enough already.  Even before we had kids of our own, we always supported fully funding our local education system.

If you don’t think this levy matters — go tell that to my kid whose dreams and ambitions will be much harder to realize potentially if it doesn’t pass.

Here is a bit of background info if you want some specifics on why our local schools depend on local funding:

Did you know…That BBHCSD is just 1 of 18 districts in Ohio rated “Excellent” for the past 11 years?

Did you know…BBHCSD has the 8th-lowest effective tax rate of the 31 Cuyahoga County districts.

Did you know…the proposed 5.3 mill levy will keep our effective tax rate in the bottom half (assumes pending issues on the May 3 ballot receive voter approval).

Did you know…the voter-approved 2004 levy has lasted more than 7 years.

Did you know…Our children excelled in 2010…:

Want to know more about the levy? How you can help? Please visit the Support BBH website. 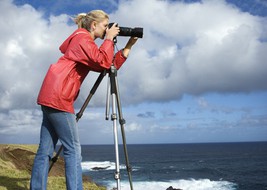